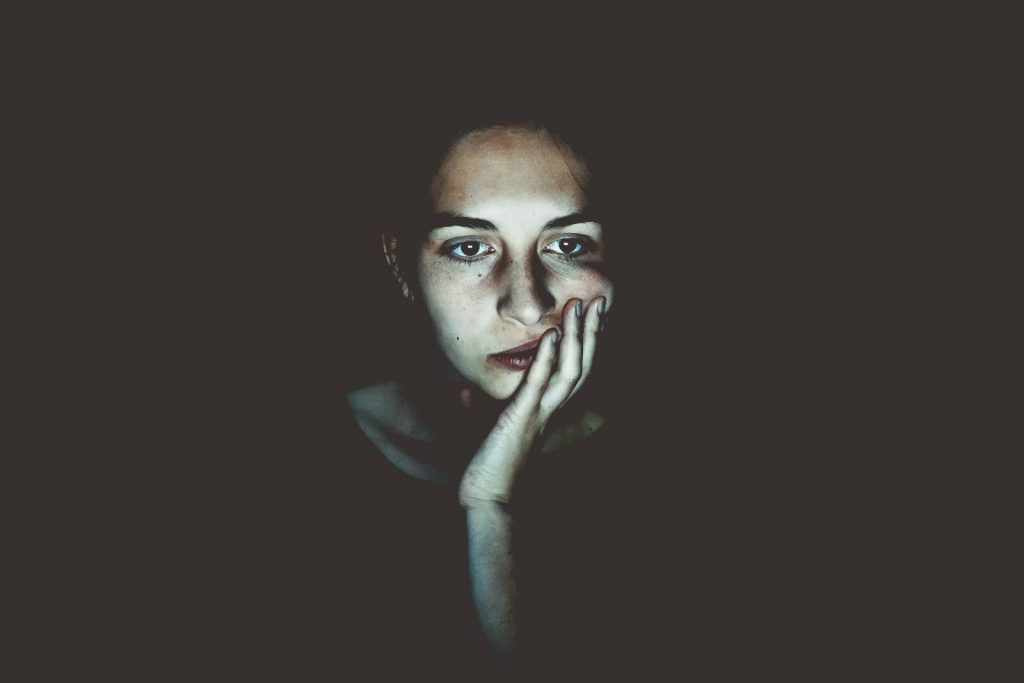 Patients Reading Their Medical Records: Does it Increase or Decrease Anxiety?

The opportunity for patients to read their medical records through patient portals becomes more and more common. In a previous post, I wrote about the discussion around the right timing: Should patients get immediate access or should there be a delay? Some critics of Patient Accessible Electronic Health Records (PAEHR) say, that patients should not have immediate access. One argument behind this is that patients might receive “bad news” by reading their records, as I mentioned in the previous post. Another argument is that patients might read something they don’t understand or misinterpret and that this might create anxiety1. Becoming anxious when your health is at stake may not be that surprising. Just recently, I came across a very powerful post by Terri Coutee about When Breast Cancer Patients Experience PTSD and how PTSD after breast cancer can bring on fear.

But what is the relation between anxiety and patients reading their electronic health records? And what does research say about this? In the following, I present some of the research around PAEHR in Sweden, Canada, and the US.

The Swedish PAEHR system Journalen started in 2012 when Region Uppsala gave patients access to their record and since last month, all county councils and regions have implemented Journalen. PAEHR has been debated in the media from the very beginning and many healthcare professionals expressed their concerns. Some, however, changed their mind, such as the physician Jonas Ekström. In this interview he describes how he not only changed his mind related to Journalen, but also his approach towards patient involvement. Now he involves his patients from the very beginning, for example, by saying directly that he is taking this particular test to rule out cancer. He sees the advantage in his approach that if it turns out to be cancer, his patients could already begin to process this.

A couple of days ago, a Swedish physician wrote a post about the Swedish PAEHR system Journalen (post in Swedish), where she was quite critical that patients read their record, because for her this is a tool for healthcare professionals. She reports that she changed her way of writing and does not include suspected diagnoses anymore, because patients would be concerned reading about this. Someone commented under her post that he also stopped including differential diagnosis or hypothesis. In our interview study, we found that it was a major concern for physicians that the EHR as a work tool would become inefficient if they cannot write those suspected diagnoses any more. However, the system actually supports withholding suspected diagnoses from patients, as Sofie Wass writes in her PhD thesis2:

Healthcare professionals can use two keywords to keep information inaccessible to the patient. These keywords can be used to withhold suspected diagnoses that need further investigation before the final diagnosis is given to the patient and notes about sensitive life-situations, such as violence against women. (Wass 2017, p.24)

Wass carried out a case study with workshops, interviews, and a survey, where she found that

Respondents in outpatient clinics seem to be less aware of the use of the keywords to withhold information from the patient; 48% did not know that the keywords existed, in comparison to 29% of the respondents in primary care (Wass 2017, p.38)

Thus, physicians can indeed include a suspected diagnosis in the EHR and prevent patients from reading this. But what about test results that patients could read before the physician has discussed them with the patient? The aforementioned physician wrote in her post that she could understand that patients are worried at home, want to know what the latest x-ray showed and then log into Journalen to read about it. She was concerned, however, that patient would then be alone in their living room and have to wait for many days until the next doctor’s visit.

Interestingly, her example reminded me of responses from Swedish oncology patients in an interview study by Rexhepi et al. (2016)3, where a patient stated:

I’d rather sit and cry at home and fix myself in the head so I can get back on track, rather than having to sit in front of a doctor, shocked without the ability to ask questions.

and another patient said:

it is easier to break down at home where you are surrounded by family, than at the doctor’s office.

The patients in this study also talked about anxiety, which was however, not created by reading their record, but by having to wait considerable amount of time, not knowing about the results. Patients in the study considered PAEHR as a way to actually reduce the anxiety:

The patients emphasized that the healthcare system is causing them considerable anxiety because they have to wait several weeks before receiving the results of a lab test, such as a cancer diagnosis. It was also common that patients had to wait for additional days, or weeks, before receiving lab results from their physician. According to the patients, the delays have a negative impact on their health. Therefore, those patients who have chosen to access their EMR argue that accessing their lab tests before being contacted by a doctor is a promising way to reduce the anxiety and other unpleasant emotions that are related to waiting times. According to the interviewees, having to wait for lab results causes much more anxiety than accessing the results through the online medical record, even if the results would be alarming. (Rexhepi et al. 2016, p.4)

The DOME consortium4 conducted a national patient survey and asked specifically whether patients have read something that made them anxious. In a forthcoming article, we focused particularly on Region Uppsala where patients have access to their records since 2012. Out of 496 patients, 73% (361) responded that they did not read something that made them feel anxious. We furthermore asked, which actions were taken if they read something that made them anxious and the most selected option was to wait until the next visit or to try to find information about it on the Internet. However, considering that some patient did experience anxiety, this should be investigated in more depth. For example, to explore whether in fact reading the record contributed to the anxiety or whether their current situation already make them worried.

In a recent article by Selina Brudnicki and Sandra Dalziel related to the MyUHN patient portal in Canada, the concern of increasing anxiety in patients reading their record was also discussed. The Canadian patient portal also provides patient access to their EHR. Similar to the Swedish setting, healthcare professionals were concerned about patients becoming anxious and recommended that access to results should be delayed and clinician notes be excluded. Patients however wanted real-time access to all of their health information. Brudnicki and Dalziel add:

Their view was that having immediate access to results would reduce the anxiety they experienced in waiting for these, give them time to process the information, come to terms with it emotionally while still at home, and prepare questions in advance of their appointments.

In 2015, they conducted an evaluation study and found that

96% of patients using the portal preferred real-time access, and there was no significant evidence to support the notion of heightened patient anxiety or increased call volumes.

Extensive research has been conducted on the American OpenNotes initiative that gives patients access to their EHR. In a quasi-experimental study from 2012, where they compared pre-intervention expectations with actual experiences post-intervention (105 primary care physicians, 13564 patients), Delbanco et al. (2012)5 found:

In striking contrast to the doctors’ predictions, few patients reported being worried, confused, or offended by notes they read. We suspect that fear or uncertainty of what is in the doctor’s “black box” may engender far more anxiety than what is actually written, and patients who are especially likely to react negatively to notes may self-select not to read them. (Delbanco et al. 2012, p. 468)

However, they note that some patients may be disturbed in short term and discuss an open approach (akin to Jonas Ekström’s approach described above), in that

doctors will need to work with patients to prevent such harms, ideally by talking frankly with them or agreeing proactively that some things are, at times, best left unread. (Delbanco et al. 2012, p. 468)

In Sweden, the district court has established that “healthcare notes in the records are “public documents” and as such, the patients have the right to read their own notes before they are signed”, which led to the introduction of patient’s choice in Uppsala (Scandurra et al. 2017, p. 40)6: Patients can choose whether they want to read the notes directly, wait 14 days after the notes were written, or read only notes that have been signed. According to Scandurra et al. (2016, p. 698)7, 98% of patients choose immediate access to health record information.

My conclusion is, that patients indeed experience worries and anxiety, which however might occur with or without them reading their record. Read for example Terri Coutee’s description how she felt when her second cancer diagnosis was misdiagnosed as stage IV metastatic breast cancer. Reading one’s health records can be scary, but experiencing uncertainty when you want to know and are dependent on others to inform you, is scary too.

Martha Carlson recently wrote about her experience on reading the notes from her oncologist. As those notes are not accessible for her through the patient portal, she has to request paper copies of it. In her post, she writes that those records serve as a memory aid, that it helps her to think about questions to ask and to be better prepared for stressful appointments. I would like to end this post with her conclusion, because I couldn’t write it any better:

It can be scary and intimidating to be fully informed about your care. The OpenNotes research is clear that some patients do not want to see those visit notes, yet they still want to know they have access. For me, that is the bottom line: Whether or not an individual patient wants to read everything about his or her care should be up to the patient, but if he or she decides to review notes at any point, that decision should be supported.

Patient Accessible Electronic Health Records: Germany on its way to join the club? 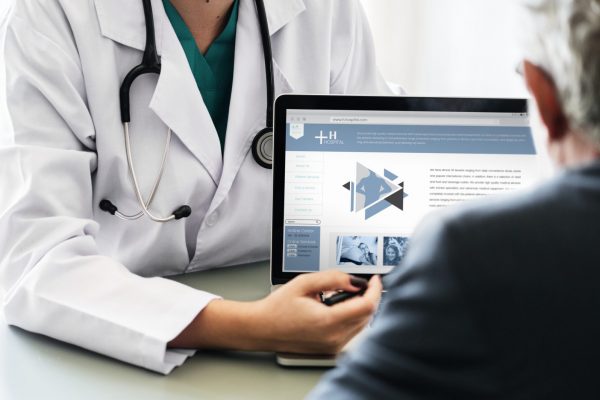 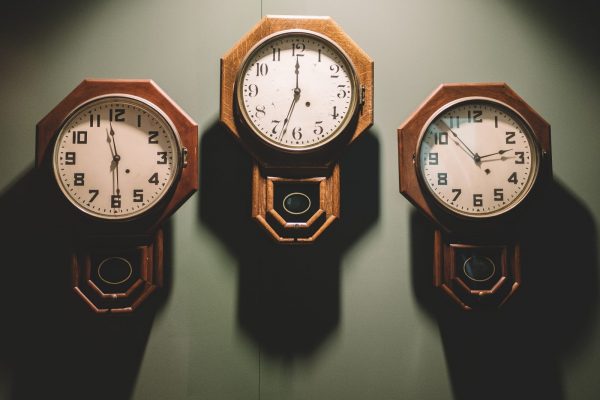