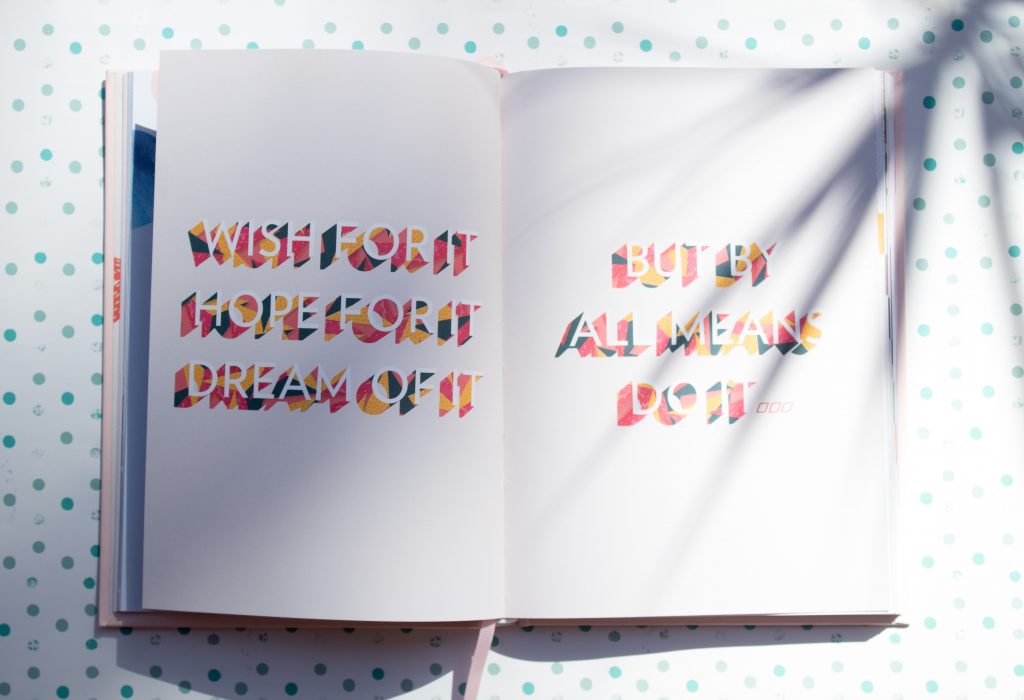 Taking time off: Crazy, awesome, or both?

I have to admit: When my husband Marcel suggested for the first time that we should travel for a year after I finished my PhD, my first reaction was: This is totally crazy. And I actually thought he was kidding. But it turned out – he was not. And not only was he not kidding: A bit over a year after that proposal, we actually did it: We quit our jobs and booked our one-way ticket to Sydney. So how did we get here and how did I change my mind from “This is totally nuts!” to “Holy shit, this is awesome. Let’s do it”?

A bit of background here

To understand where I am coming from, let me start with a little bit of background. Long distance travel or things like a gap year doing work & travel is not something I was familiar with when I grew up. About 14 years ago, two of my friends at the time decided in their mid twenties to go abroad for half a year (work & travel). At that time I just had decided to quit my job to get my “university of applied sciences entrance qualification” which would allow me to study media informatics. This was already exciting enough for me (and anxiety creating! Would I be able to finance my studies??). So I thought their idea of doing this work & travel thing was a bit crazy. I was just not used to this idea of traveling without knowing what comes next. I was raised to prepare well in advance and prefer options that give security, for example, to apply for jobs at least a year before I left school; or not to quit a job before I have a new employment contract.

Without much reflection on that – what is wrong with not being unemployed, right? – I basically worked all my life. I started my three years of professional training as a physician’s assistant when I was 16. I continued working in that profession for 5 more years, went back to school for one year and afterwards to university to study for 5 years (bachelor and master studies) while working as student assistant and later research assistant. This year, I have my 10th working anniversary at my university and during the last 6 years and 8 months I have worked on my PhD besides my job.

So the next and maybe natural step would be to apply for a new job, for example, a post-doc or research fellow position. During the last 6 years I have been asked all the things that sometimes make PhD students cringe:

Actually, I’ve heard the last question already when I started my Bachelor studies in Media Informatics in 2005. So during the last years, I thought that it goes without saying that I would apply for jobs straight away. Well, I actually would have… hadn’t it been for the travel bug.

Before I met Marcel, I barely went on vacation. Not that I didn’t want to, but as a student my budget was rather tight. In addition to that, it’s also nothing that I grew up with; which is total in contrast to Marcel. He was infected with the travel bug right from the cradle and I always have to laugh when we come back from a vacation and Marcel gets all tingly because the next vacation is not planned or booked yet. There were times when he started doing research for the next trip while we were on vacation.

And you know what happens with these kind of things: they are contagious. I travelled a lot not only with Marcel but also during my PhD and I have to say: I just love to meet new people, discover different countries, learn new things about other cultures. Making the foreign familiar, and treasure things you usually don’t think about because you take them for granted. During the last 7.5 years of our relationship we went on some fantastic trips, but there are still lots of destinations on our bucket list.

But why quitting the job?

That was my question as well. Aren’t vacations enough? We spent 3-4 weeks of vacation on New Zealand twice: December 2016 and February 2018, which of course is great to relax and recharge. We knew that I would defend my thesis sometime end of 2018 and afterwards I’d apply for post-doc positions (for which we most likely would have to move). So why not use the time between two jobs and just travel for a while? What I didn’t expect was that Marcel meant more than 1-2 months, which consequently means we would have to leave our apartment because that would have been just to expensive.

When I realized, that Marcel was actually serious, I almost got an anxiety attack. Quitting my permanent position without having a new one? Unthinkable! One day I saw a tweet where someone regretted not taking a break after a PhD. So, I asked what he and others might think about a Post-Doc world tour:

Would you recommend doing a 6-month #PostDocWorldTour after your PhD? That is: going on a world trip while also checking out universities and meeting researchers for potential post doc opportunities? #PhDchat #PhDforum #EMCRforum

To be honest, I was hoping to get some reassurance that it’s okay to do that; especially considering the discussions on the risk of burnout and mental health issues in academia and how to balance pressures in academia in a more sustainable way. Instead, it was not really recommended and I learned that you should look for a post-doc at least a year in advance. However, as I was also responding in that thread, this probably depends on the discipline and the position, because many position in my area are advertised on short notice. But maybe the starting date can be negotiated?

Turned out that someone from the UK I met last year at a summer school was looking for a post-doc which was located in Newcastle upon Tyne. She encouraged me to apply even though she knew that we wanted to travel for some time. The starting date might be negotiable, she said, but that’s up to the funding agency. So I applied for the job and got invited for an interview. Interestingly now it was Marcel’s turn to almost get an anxiety attack. While I was freaking out about the idea not having a job when we come back, he was freaking out about being all set up and constrained from Day 1. Anyway, I went to Newcastle to the job interview, which was exciting and I really enjoyed the experience (after all, Newcastle upon Tyne has been voted the friendliest and best city in the UK), even though someone else got the job in the end. So there I was: already in the job application game, even though I wasn’t really ready yet. I have to admit: It also felt weird at times, because I barely got my head around this idea of traveling just for the sake of it. How could I say during a job interview: “Hey, I REALLY REALLY want this job, because your project is awesome. But, you know what? You have wait for me for six months because we want to do some traveling first.”

Shortly after my trip to the UK, someone on Twitter forwarded a job advertisement to me: 6 post-doc positions in the Netherlands, but no indication of starting date. I applied for three positions, was interviewed for three (one of which I didn’t even apply for), and finally was offered one of the post-doc positions (one for which I had not applied either). I had a short Skype meeting with the programme manager and it really sounded interesting, except for the starting date. They wanted me to start right away – January the latest. There I was: They offered me the “security” I was hoping for, but at what cost?

As I said: I am in my current position for about ten years and I want to leave everything properly to the next person. January would mean we wouldn’t travel at all. But if we don’t do it now, when the circumstances are advantageous (we most likely have to move for my next job anyway) – will we ever do it?

Why it is probably a great idea to travel without a new job!

I have talked about this with two of my supervisors / mentors, who know me really well. They both encouraged me to do this and reassured me (repeatedly) that with my qualifications I shouldn’t have to worry about not finding a job afterwards. One told me that they started their post-doc the day after the thesis submission and in hindsight this was not the best idea. This person also told me that not having a job might be even better, otherwise I would probably start thinking about the job and preparing already while on the road (yes; they know me very well! I already started reading books for the research project in Newcastle ☺️).

It’s just that just traveling around the world without a job is so not me. But I have to admit, thinking about this for some weeks and months now, including cutting short our trip due to potential job offers, changed my view. It also helped to read about the thoughts of others who actually had the same doubts and options. The German couple and travel blogger Ania & Daniel, for example, outlined their options such as: unpaid leave, sabbatical, finding a new job but start a year later, or just quitting the job without having a new one (post in German). Eventually, Ania did quit her job and described that this was the best decision for her, because then you are really free to travel and you never know how this journey might change you. And actually, I also don’t want to make promises I might not want to keep later on.

The timing is right and may not come again!

Reading this you might think: Well, traveling without a job may not be a great idea for everyone. Of course not! We are well aware that we are in a quite privileged position. We are both healthy, have saved up money, don’t have kids or pets, have the opportunity to move into the unleased apartment of my in-laws, are both well educated and skilled in our jobs, and we would have moved to another place anyway. And even if we don’t find a job right away, we are still entitled to several months of unemployment allowance when we come back. So yes – we decided to just do it. I declined the job offer and was surprised how understanding the manager was. And also the person who had forwarded the job advertisement to me did not think I lost it (which I was afraid of), but thought this is actually a brilliant idea, that there is more to life than work, and that this really is the perfect timing, although it was “too bad, we are the victim of this choice”.

And actually: given that I have got almost 30 more years of work ahead of me, what are a couple of months? 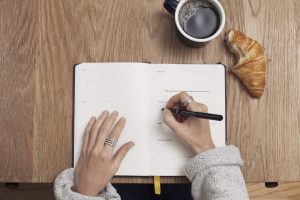 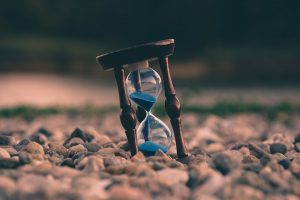