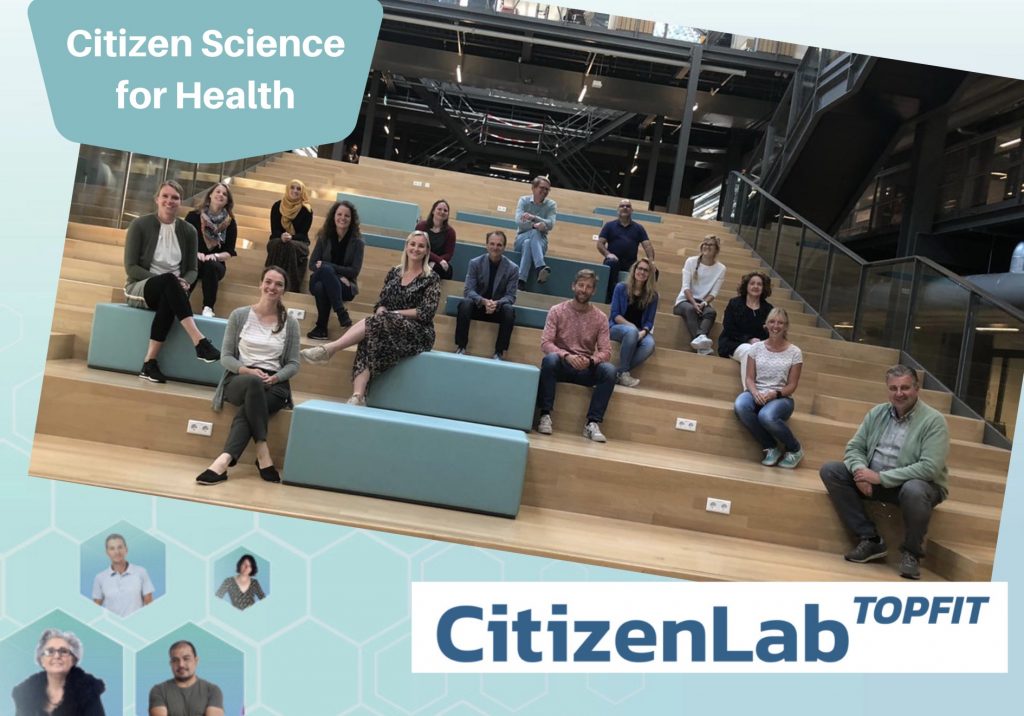 Next to the Pharaon project, I am also involved in the research and innovation programme TOPFIT CitizenLab. This 3-year programme is a collaboration between University Twente, Saxion University of Applied Sciences, ROC van Twente and several other partners, such as my employer Roessingh Research & Development (RRD), Ziekenhuis Groep Twente (ZGT), Demcon, Vitaal Twente, Technology & Care Academy (TZA), Insights Zorg, and others.

TOPFIT CitizenLab is powered by the Twente Regional Deal and receives financial support by the Central Government’s Regional Budget, the Province of Overijssel, the Region of Twente and the Twente Board.

TOPFIT CitizenLab aims to introduce and enable Citizen Science for Health in the Netherlands, specifically in region Twente. In the coming years, CitizenLab aims to foster a collaboration between healthcare professionals and researchers, citizens and patients (organisations), healthcare and welfare organisations, technological companies, municipalities and employers to develop a ‘citizen health science’ programme. The special focus is to follow the principles of Citizen Science, in which citizens are not to be considered respondents or participants in studies, but partners who together with scientists answer real-world questions. Groups of citizens and patients contribute to research into the added value of technological innovations to health and the influence on healthy behaviour and lifestyle in CitizenLabs.

What is Citizen Science?

Citizen Science refers to the general public engagement in scientific research activities when citizens actively contribute to science either with their intellectual effort or surrounding knowledge or with their tools and resources. Participants provide experimental data and facilities for researchers, raise new questions and co-create a new scientific culture. While adding value, volunteers acquire new learning and skills, and deeper understanding of the scientific work in an appealing way. As a result of this open, networked and trans-disciplinary scenario, science-society-policy interactions are improved leading to a more democratic research based on evidence-informed decision making.

Citizen Science projects cover a very diverse range of topics and the degree of participation by citizens can also vary a lot2. In can range from collecting data (as is quite common in ecology and environmental science) to projects that are initiated and led by citizens. Shirk and colleagues3 describe five types of public participation in scientific research:

The project as such is lead by a project management teamt consisting of Arthur Burghouts (Insights Zorg), Renske van Wijk (University of Twente), and Mariska van den Berg (University Twente).

The project is divided in activities and pilots, which inform each other. 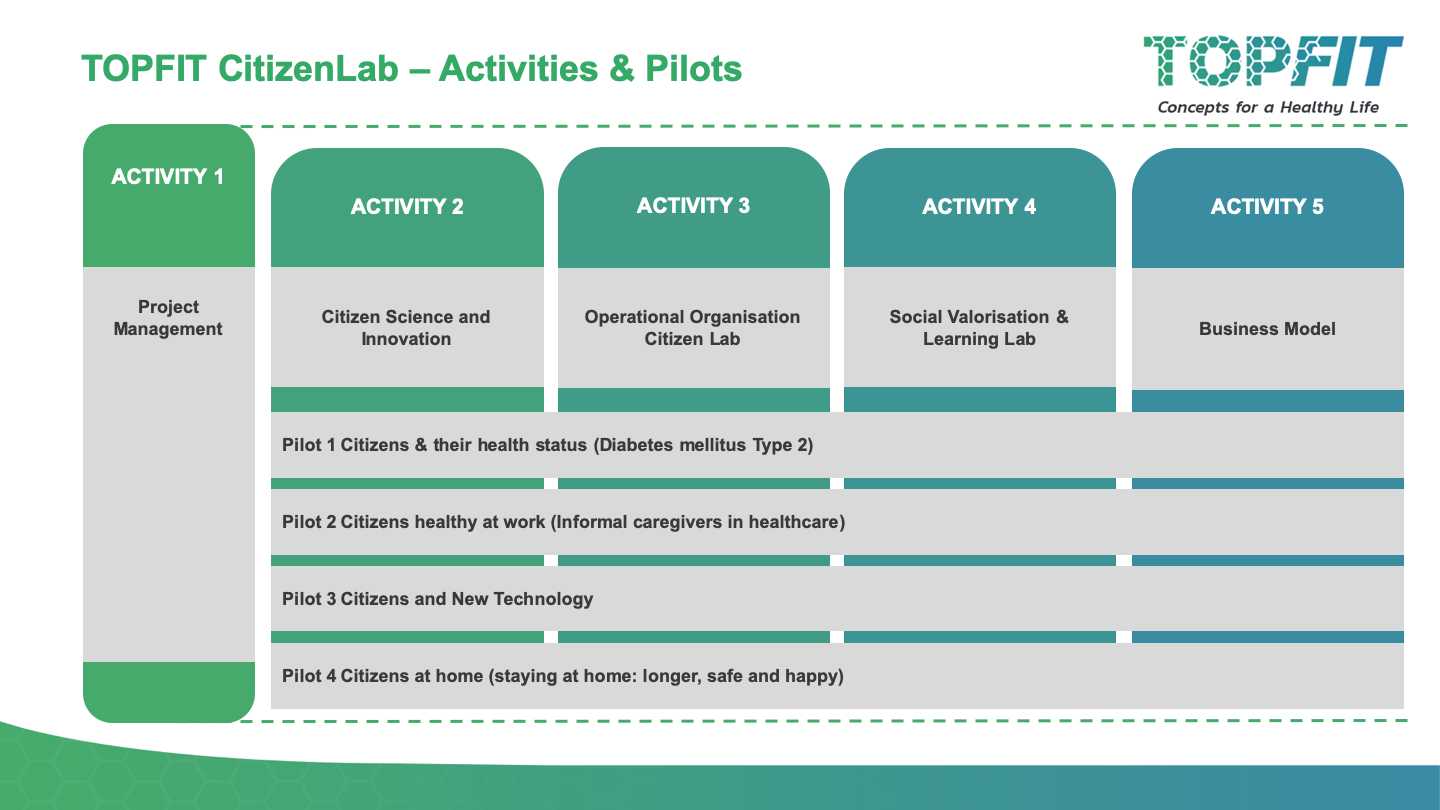 I am mainly involved in Pilot 3, which focuses on Citizens and New Technology. The team so far consists of the following colleagues:

The goal is to understand the optimal way to develop and evaluate technology and to embed technology in the service model using a citizen science approach. Citizens are important to be part of all phases in the product:

Participatory approaches in health research and technology development for prevention and healthy lifestyle are quite common (e.g., user centred design, participatory design, action research, patient and public involvement) but not in impact assessment. Research activities within pilot 3 are guided by the question: what would be the added value of adopting a Citizen Science? Use cases involving health technology in various stages of development will be carried out to investigate this question, to provide lessons learned and to contribute to other activities in CitizenLab. 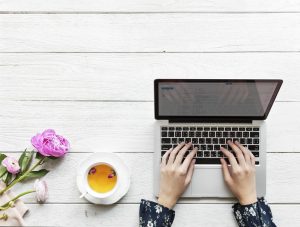 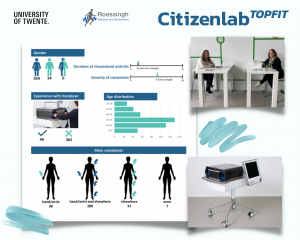 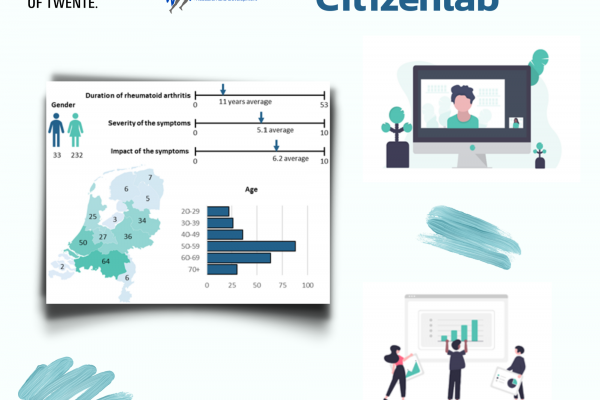 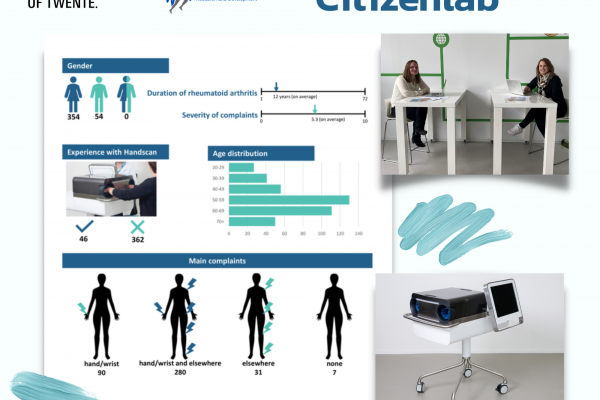