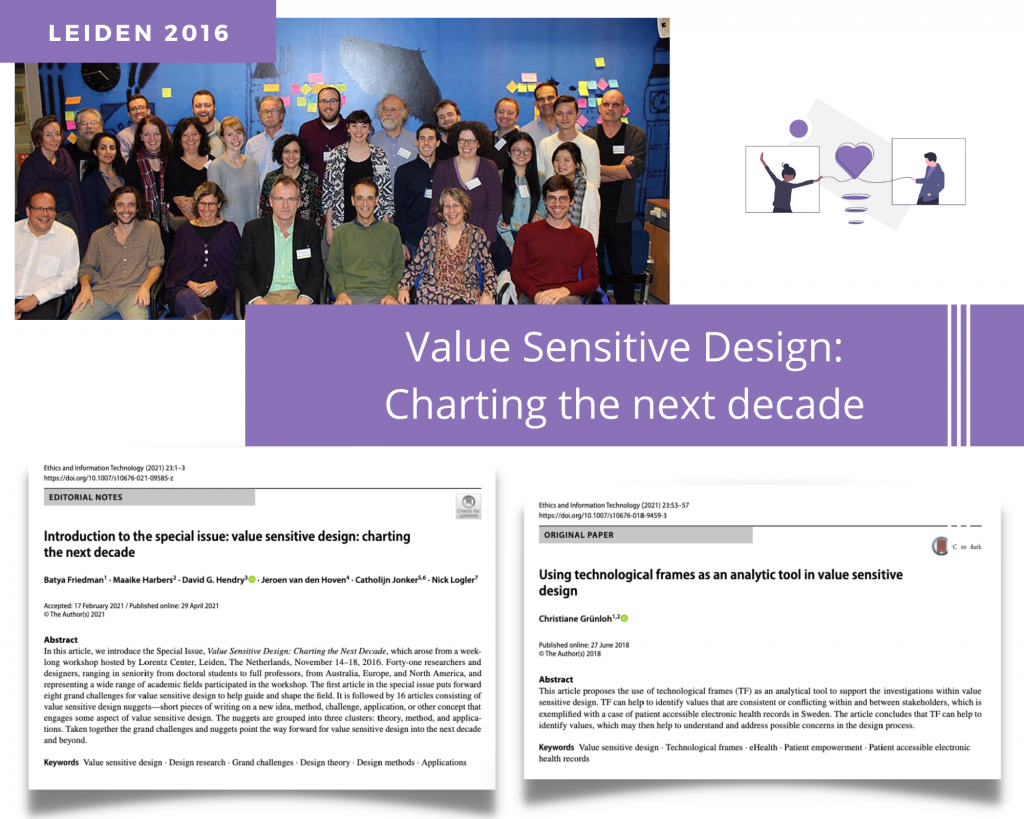 This week I got the wonderful news that the special issue on Value Sensitive Design (VSD) has been published and I am very happy that I was able to contribute to it. In 2016, I got the opportunity to participate in a one-week workshop at the Lorentz Centre in Leiden with the title Value Sensitive Design: Charting the Next Decade. The workshop was organised by Batya Friedman (who pioneered the VSD approach), Maaike Harbers, David Hendry, Catholijn Jonker, and Jeroen van den Hoven. Forty-one researchers and designers from all over the world attended the workshop, from different fields and in different stages of their career. It was a fantastic week, super-well organised with lots of opportuntities to learn and discuss, including:

Every participant submitted a VSD writing nugget in advance; a 3-5 page piece of writing on a new idea, method, challenge, application, or other concept related to value sensitive design. During the week, we discussed our nuggets, gave feedback and developed them further. I submitted a nugget that was related to my PhD research, in which I propose the use of technological frames as an analytic tool in value sensitive design.

During the week, we jointly developed Grand Challenges of VSD. After an initial ideation, synthesis and mapping exercise, we worked together in small groups and developed these grand challenges further.

The Special Issue that is now published contains 18 articles, including the VSD nuggets and the grand challenges. They are available here, half of them are open access.